The Wait Is Over, Konkonsa Tv Finally On Air
0

Our choices or sources of entertainment,news etc varies but there are reasons you will surely stick to no other television channel than Konkonsa Tv.

Konkonsa Tv which is the second Television station under Nana Abosomakotere Multi-media started airing on Monday 8th April 2019 after the successful launch of AB TV in the year 2018.

Konkonsa Tv is set to feed it viewers with multi content programmes.

Nana Abosomakotere Multi-media is a fast rising multi media company that comprises of Radio stations, Fueling stations, Television stations among others own by Mr. Musah Mohamed , a business Man.

The C.E.O Mr.Musah Mohamed (a.k.a Nana Abosomakotre ) who is a ‘wala’ by tribe and from the Upper West region Of Ghana has assured the masses that, good and entertaining programmes will be aired to keep viewers glued. 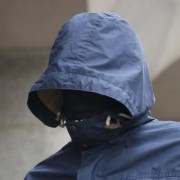 By Danny White3 days ago

(VIDEO) :BOHYEBA(SIKABOFO) SHARES THE SECRET OF TOP PASTORS IN GHANA

Am not a false man of God – Bohyeba